The sword is considered the most romanticized weapon in the world. Even if it is no longer used for military purposes, it remains ingrained in humanity’s collective memory and plays an important role in history. And in the anime world, the sword becomes closer to the fans than ever as they are wielded by the characters to maintain peace in a cool and admirable way.

And if you are a big fan of anime and super into this kind of weapon, then Anime Katana should be in your anime toy collection. In this blog article, we will bring you the list of the top best anime katanas to buy. 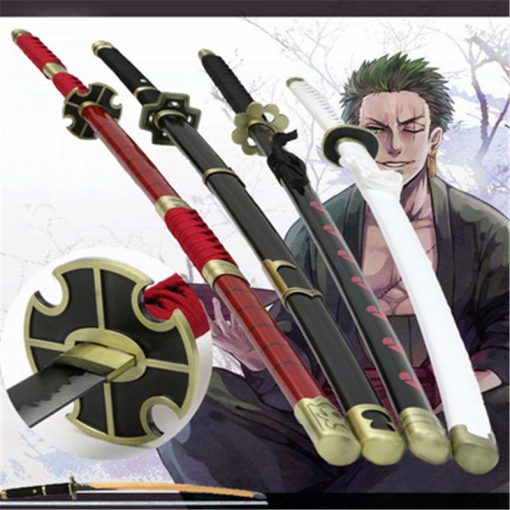 Despite the fact that Zoro began at the bottom, he never gave up and, over time, he improved and became capable of wielding very strong swords. Zoro has handled some of the most powerful named blades over the years, some of which are considered valuable.

Sandai Kitetsu is one of Zoro’s most powerful swords at the moment. The Sandai Kitetsu is believed to be the lowest-ranked of all the named swords that Zoro has ever held. However, this sword is cursed, which compensates for its low rank in several ways. Tenguyama Hitetsu, one of Wano Country’s premier swordsmiths, crafted Sandai Kitetsu.

That isn’t always the case, as the curse can be overcome. Zoro was able to control it very easily, but he admitted that it was sometimes difficult to keep its bloodlust in check.

If you are a big fan of Zoro and a loyal reader of One Piece then this product from Anime Katanas will be a great option for you: https://anime-katana.com/product/cosplay-roronoa-zoro-qiu-shui-three-knife-ghost-cut-ver-xue-zou-prop-104cm-katana-al2502/

One of the most important parts of any character in Demon Slayer is their sword. The character’s breathing and identities are strongly tied to the color of their sword. Thus, by examining the color of a blade, it is possible to determine whether or not its wielder possesses any unique abilities.

Tanjiro Kamado – the main character of the series, wields this sword, which was formerly wielded by none other than Yoriichi Tsugikuni. The Black Nichirin sword is considered unlucky and is only wielded by persons with short lives. DDespite the fact that Tanjiro had to endure a lot of trials, he and Yoriichi had long lives. When Tanjiro and Yoriichi employ the Breath of the Sun God which is the strongest breathing method, the blade turns blood red.

This Demon Slayer Japanese Sword is available in our store now, access this link to view the product: https://anime-katana.com/product/demon-slayer-japanese-sword-cosplay-zoro-tanjiro-kimino-katana-al2502/ 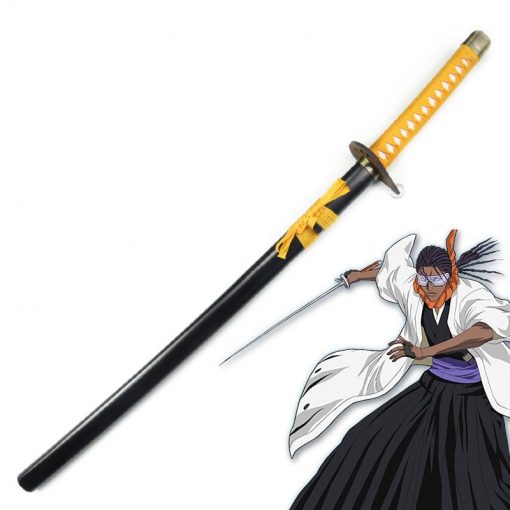 Captain Kaname Tosen of Squad 9 is among the least powerful Captains, but his zanpakuto, Suzumushi (“bell bug”) is a pretty cool one. It can use a variety of abilities, such as overwhelming the opponent’s senses and crippling them before any blood is shed.

The Shikai of this sword may also rain down hundreds of blades, as we saw Kaname do against Kenpachi in the Soul Society arc. In terms of Bankai, Suzumushi can imprison any opponent in a region where all of their senses are numbed, making a fight with Tosen extremely tough.

This sword from Anime Katanas is 100% brand new and high quality. It comes in 100 cm and is made from wood. The katana will be a great gift for your friend or family member who is a Bleach lover.

Here is the link of the product: https://anime-katana.com/product/cosplay-anime-bleach-weapon-tousen-kaname-katana-al2502/

So in this post, we have introduced to you the most popular Anime sword toy from Anime Katanas. Which is your favorite? And if you’re looking for more high-quality and affordable Anime Katanas, take a look at our store here.